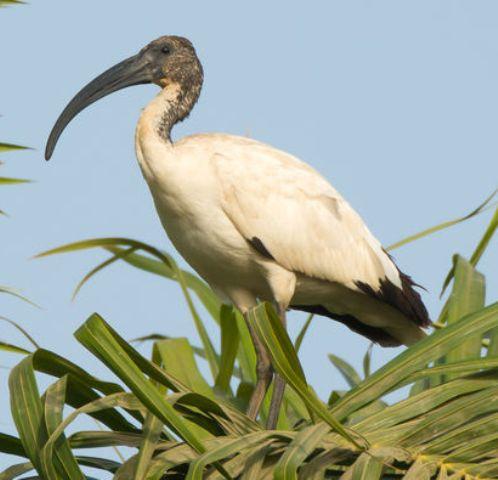 Range and Habitat: Tropical wetlands, lagoons, and estuaries in Southern Africa and Madagascar.

Captive/Wild Lifespan: Up to 25 years.

Conservation: There is currently no conservation efforts or plans in place, however population trends are on the decline mostly due to habitat loss and egg collection from native people.

Did you Know: Fossils of Ibis have been tracked back 60 Million years.These birds live in large gregarious groups. This bird was considered scared in ancient Egypt but is now no longer found there. More than one million ibis mummies were found in one group of tombs. This bird is the symbol for Thoth an Egyptian God who interpreted Ra’s word; later translated to Greek as Hermes.

Here at the CMC Zoo: Usually found in the tree tops. These were acquired to keep our Black-Headed Ibis company but they are rarely seen together. We currently have 3 males.