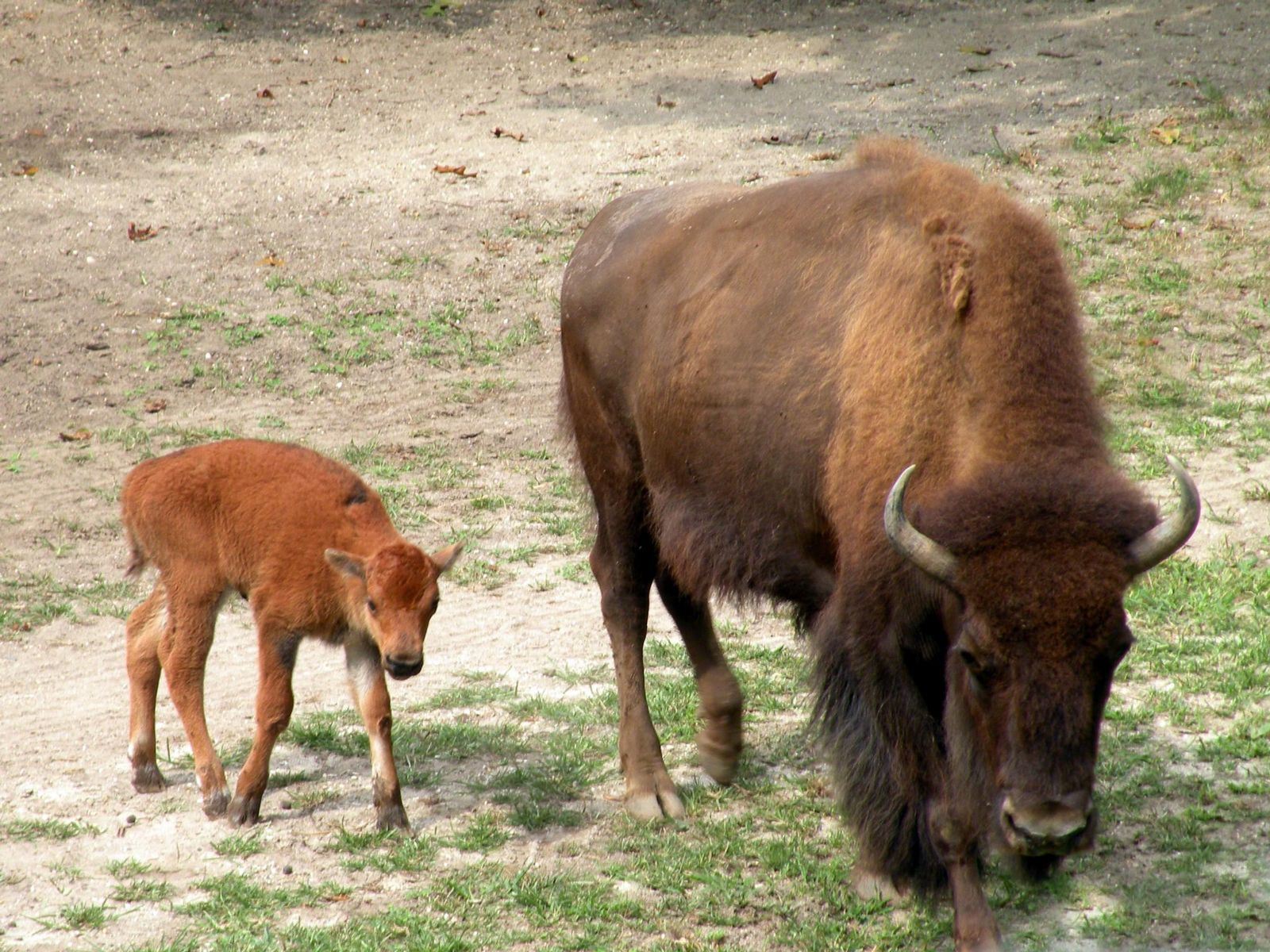 Habitat and Range: Great plains of North America from Canada to Mexico.

Gestation: Calves are born after 9 months and will nurse and stay with mom for a year.

Adaptations: The classic hump all Bison are born with is full of muscle and an extended spinal process (fin off the back of each vertebra) to hold up their massive head.

Special Interest: Hunted to near extinction a great winter pelt could cost, $50, when average wage was a dollar a day.

Did you Know: The term Buffalo is often used as a common name for Bison, however it should not. Buffalo refers to a water buffalo which are an African animal.  Also, the bison's thick, shaggy coat is so well insulated that snow can settle on its back without melting.

Here at the CMC Zoo: One of our young female bison was taken to Colorado to work on a project with bison from Yellowstone to work to replace the wild population.