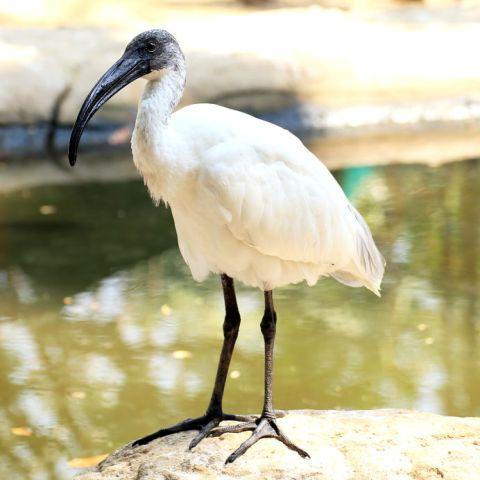 Habitat and Range: Marshy wetlands both inland and along the coast of Southern Asia and Sri Lanka to Japan.

Did you Know: Fossils of Ibis have been tracked back 60 Million years. These birds live in large gregarious groups.

Here at the CMC Zoo: Always on the ground near the river in the World of Birds. Pinioned due to an injury sustained inside the World of Birds. He flew into the wall after being scared by yelling patrons. Use him as an example of why we ask people to be quiet while visiting our Bird House. This is the last specimen in an AZA institution in the United States and came to us in 1998 from Minnesota. He was born on April 12, 1984.