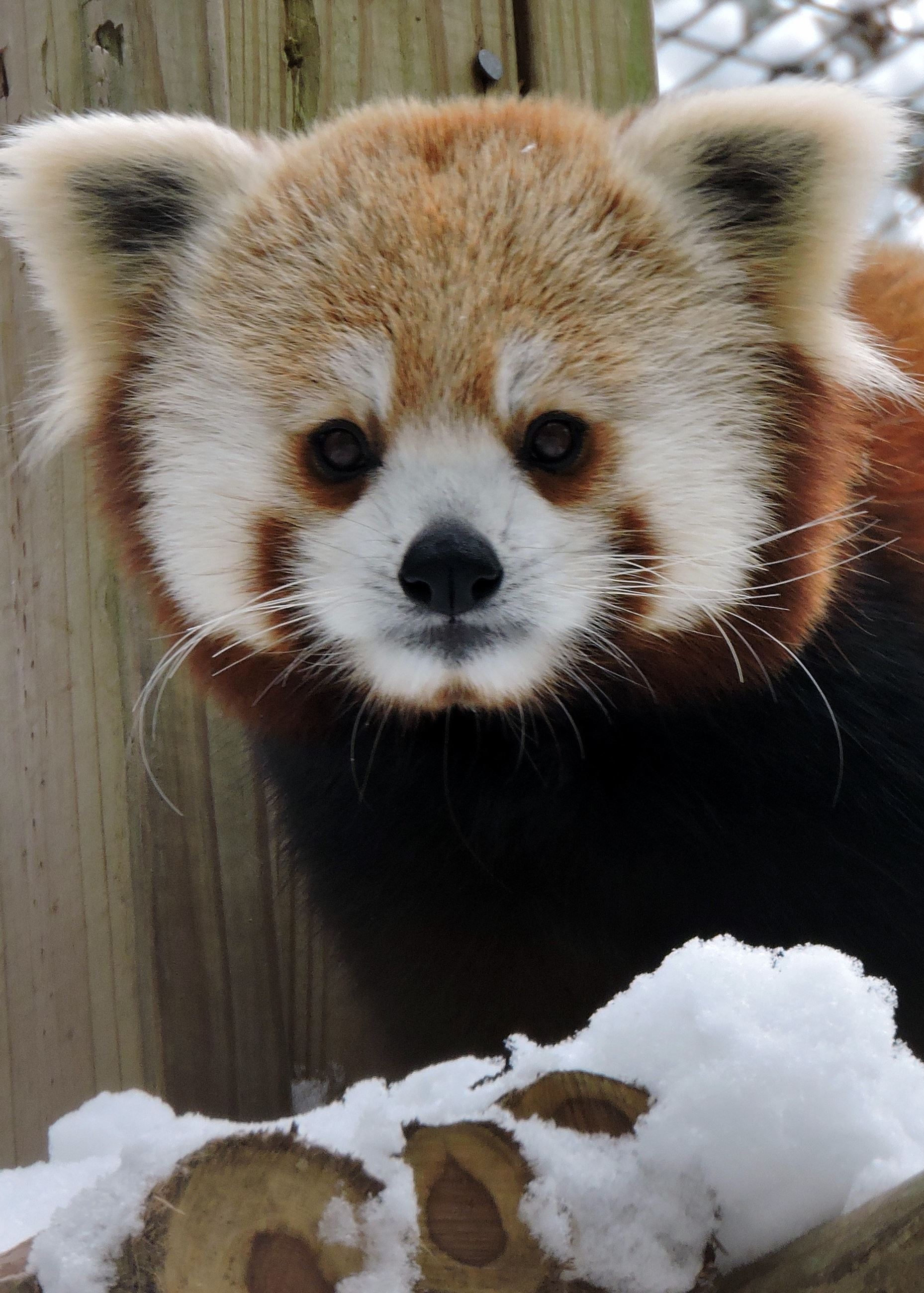 Habitat and Range: Distribution in the wild is poorly known but it is known to include Nepal, India, Myanmar, and Southern China. They prefer Temperate forest with a thick Bamboo understory.

Captive/ Wild Lifespan: Captive lifespan averages 9-13 years, however the record is held by a Male Red Panda from the Rotterdam Zoo; he was 21 years and 7 months old at the time of his death. Their wild lifespan is unknown.

Adaptations: Growing to the size of an average house cat there ringed bushy tails can add up to 18 inches to their entire body length. Weighing 12-20 pounds they spend the majority of their time in the trees. They will even sleep high in the branches using their long bushy tails as a blanket to cover their nose and paws in the colder climates.

Conservation: Habitat loss is considered to be the biggest threat to Red Pandas but also face poaching and fragmentation. Chine, India, Nepal, and Myanmar have around 55 protected areas for Red Pandas; however populations in these areas are unknown. Like the Giant Panda they have an extra bone in their wrists that functions like a thumb giving them the ability to hold on a grab things.

Did you know: Red Pandas have been grouped several different ways through the years including as a relative of the Giant Panda and the Raccoon Family. However they are now grouped as their own unique family -The Ailuridae. The popular web browser Mozilla Firefox actually comes from a nickname of th Red Panda and is now their mascot.

Here at the CMC Zoo: We have two Red Pandas that Call the CMC Zoo home. Our female Luna, and our male Benjamin. Luna came from the Potawatomi zoo in 2011. She was born on 6/22/2001. Luna is the oldest female red panda in North America!  Ben joined us from the Sacramento Zoo but was born at the Philadelphia Zoo in 2015.