History of the Sheriff's Office

The history of the Sheriff is a chronicle of Western Civilization, a biography of democracy and a work-picture of man's quest for equity and self-determination in matters pertaining to the government.

Whenever we scan the documents of British and American history, we find the Office of the Sheriff entrusted with the maintenance of law and order and the preservation of domestic tranquility. Some historians date the Office the Sheriff to ancient Roman times. Others express the belief that the Office had it's beginnings prior to the writing of the Magna Carta in 1215, in England. Of the sixty-three Articles in the Magna Carta, twenty-seven Articles refer directly or indirectly to the Office Of the Sheriff. Historians agree that the Office of the Sheriff is one of the most familiar and useful to be found in the history of English Institutions. The functions and powers of the Office have undergone changes but for over seven centuries it has maintained a continuous existence and preserved features.

The word "sheriff" comes from the Title "Shire Reeve". Before the Norman Conquest in England, the King of the County Shire appointed a man to the position of Reeve hence, he was know as the Shire Reeve. The Reeve would "patrol" the county of Shire and collect unpaid taxes and settle minor disputes. Over the centuries the Title Shire Reeve transformed into the word Sheriff.

The sale of property has been the responsibility of the Office of the Sheriff for over seven hundred years. The authority over bailiffs, constables, wardens, and the jail are a continuing responsibility along with court safety and the service of warrants. Today's Office of the Sheriff continues the responsibilities of the past and had expanded it's duties to adapt to a modern world. Examples of these expanded duties include drug prevention, prisoner transportation, crime prevention, victim assistance, search and rescue, identification and communications.

On February 7, 1692, at the home of Benjamin Godfrey, the first town meeting was held for the purpose of conducting public business. Timothy Brandereth officially became Cape May County's first Sheriff at that meeting.

Overseeing the county jail has been the Sheriff's responsibility since 1705 when the first county jail was built. The jail was 13' x 8' x 7' in dimension and was situated on the Queens Highway eastward of Gravelly Run, which is near what we know as today as the Garden State Parkway by the Wildwood Golf and Country Club. The jail during this period was used as a holding place until the offender could be flogged at the whipping post or placed in the stocks which were located just outside the jail.

The duties of the Sheriff during this period, such as the sale of lands, were outlined in the Magna Carta. Collection of the Colony Tax became one of Sheriff Richard Downs' duties on August 3, 1721.

Duties of the Sheriff during this period included presiding at judicial meetings. Prior to 1745 court was held in private homes. In 1745 the Old Baptist Church was sold to the county and became the court house. During the administration of Sheriff Jacob Hughes the first court meeting officially convened on May 3, 1745 in the court house.

Service of court issued mandates were carried out by the Sheriff's Office. At a cost of 300 pounds, a new county jail was constructed in 1763 on a one acre piece of land donated by Daniel Hand in "Middletown" now known as Cape May Court House on North Main Street (U.S. Highway 9). The jail's dimensions were documented as 24' X 30'. This structure was destroyed by fire in 1774.

Before 1776 Sheriff's were appointed by the British Crown. In 1776 the Constitution of the State of New Jersey allowed for the election of a Sheriff to a one year term for a maximum of three terms.

The State Assembly was petitioned by the County Freeholders for the building of a new jail. On May 26, 1839 a new jail was completed. The jail structure, located on North Main Street, was compared to the Strasbourg Cathedral. The wooden floors were conducive to many escape attempts and were later replaced by iron floors.

The recorded history during this era points to the increasing role of the Sheriff in the incarceration of inmates. In an 1885 report of the "Council of State Charities and Corrections of the State of New Jersey" jailer Joseph Abrams, reports the cost of incarceration per individual per day was 60 cents. Seventeen people were jailed in 1885 according to records and "typed" as follows: 11 married, 6 single, 14 Protestants, 2 Catholics and 2 Jews.

On July 13, 1894 Sheriff Robert E. Hand executed Richard Pierce, by hanging, for the murder of his wife. Prior to this execution the County Jail, built in 1839, was condemned. The accused murderer was housed in the correctional facility at Bridgeton in Cumberland County and transported for trial.

A new jail was constructed late in 1894 by the Pauly Jail Building and Manufacturing Company at a cost of $17,286.74. This new prison had living quarters attached for the Sheriff and his family. 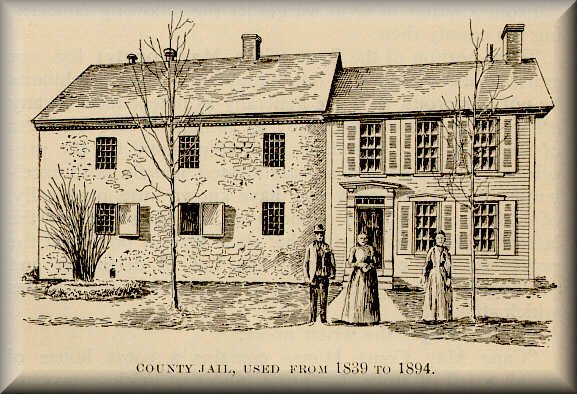 William Bright was elected Sheriff in 1904. Being unable to secure a deputy, he moved his family to Cape May Court House, the county seat, to manage the prison. His wife was appointed a deputy without pay, and did the cooking of the prisoners' meals. His father was named jailer and supervised the cleaning crews and general maintenance of the jail.

In 1926 the jail had to be moved 10 yards west to make more space for other County buildings. According to historian Paul Scull great amounts of brown soap were gathered from town residents and spread over large timber. The jail was then winched back over the timbers in a moving project that took nearly four months to complete.

In 1927 an addition was made to the jail enabling the incarceration of 64 males and 8 females. This structure existed until August 23, 1980 when it was demolished by Foundations and Structures Co. of Tuckahoe at a cost of $15,000.00.

The post World War II years have seen a dramatic increase on the demands for service from the Office of the Sheriff. Increased population, increased tourism and greater accessibility to the county due to improved highway systems have contributed directly to this need for service.

While the basic functions of the Office of the Sheriff being the maintenance of law and order, the sale of property and the overseeing of the county correction facility, have remained the same for several hundred years; many other duties have been added in response to the need for service.

The Office of the Sheriff consists of trained officers and professional civilian staff. The Law Enforcement Division has responsibility for court related duties such as the safety of persons using and working in the County Court House, services of court papers, transportation of jurors, execution of court ordered sale of property and the collection of court ordered judgments. 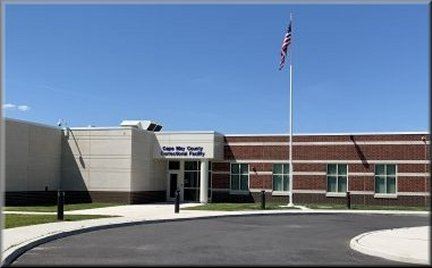