Tradition of Service
The Crest Haven Nursing and Rehabilitation Center, built in 1990, under the direction of the Cape May county Board of Chosen Freeholders, is the 3rd county managed facility built to provide quality care for the residents of Cape May county. This is the 3rd center built by the Board of Freeholders since 1821. 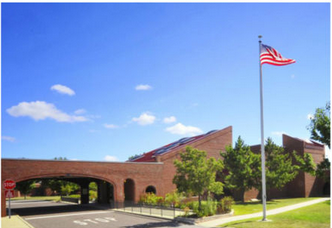 The Crest Haven Nursing and Rehabilitation Center is owned and managed by Cape May County Government, under the Direction of the Cape May County Board of Chosen Freeholders.

Almshouse
First constructed as the county Almshouse, the Board of Freeholders recognized the need to care for the residents of the county who were no longer able to care for or support themselves.
The evolution from Almshouse, to Welfare Home to Crest Haven Nursing Home has been an important part of the history of Cape May County. In 1833, the Johnson Farm, located on the same parcel of land the current nursing home sits, was expanded and the farm was used to support the maintenance and residents of the almshouse. 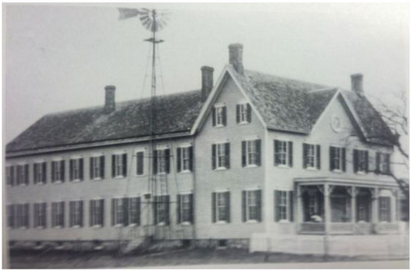 The tract of land, now called the Crest Haven Complex, was a farm that provided income to keep the residents by farming, raising cows and swine for food and income.

The Board of Chosen Freeholders named Robert Holmes, the county tax collector, Spicer Hughes, and James Townsend as trustees of the county Almshouse. John S. Ludlum was appointed to the position of 'poorhouse steward', with instructions to keep the institution "free from disorder." The steward was paid $200 a year and $0.25 cents a week for each pauper. As part of his duties he was expected to cut firewood, mend fences and other general upkeep of the farm. It is reported that Mr. Ludlum also made shoes. Care of the residents was his responsibility, occasionally, he hired nurses for those in need, and payment was part of the annual fee paid to him by the county.
Cape May County Welfare Home
As the county grew, expanding from farming communities in the mainland to fishing villages along the barrier islands, the need for an expanded space to house the poor was needed. By the late 1930s, it was evident that a larger and more modern facility was needed.
The onset of World War I delayed construction, followed by World War II that created a scarcity of building materials and high cost, moved the opening of the Cape May County Welfare Home to January 1953. The Cape May County Welfare Home opened with 90 beds and was named Crest Haven Nursing Home. The need for the county nursing home continued to grow and in 1960, 53 more beds were added to the facility. 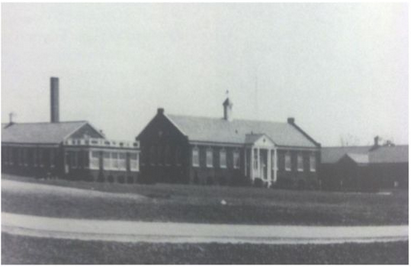 Crest Haven Nursing Home
On August 20, 1987, Freeholder liaison, Gerald M. Thornton, invited the public to attend the ground-breaking ceremony for the construction of the new state-of-the-art Crest Haven Nursing Home. Recognizing the need to provide for the residents, Freeholder Thornton addressed the crowd by saying, "there is a definite need to protect our low income elderly residents and provide care for them within the county, so they can remain close to their families. Construction began and on March 10, 1990, the Crest Haven Nursing Home, with 180 beds was dedicated, not far from the original Almshouse and in keeping with the promise of county government to provide care for those in need.
Continued Growth & Expansion
Crest Haven continues to expand to meet the needs of the community and the services of the residents that live within the facility. Additional programs and services offered include intravenous therapy, specialized wound care services, and an expanded rehabilitation department with speech, occupational, and physical therapy. 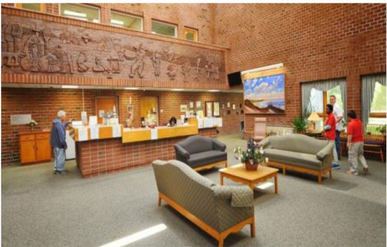 The staff and administration strive to offer the residents of Cape May County the best quality nursing and rehabilitation services available. The newly renovated Rehabilitation Center offers a therapy gym that is twice the size of the former gym, with a hydrotherapy area that host an activities of daily living program that has a residential kitchen and bath designed to assist in training and preparing the residents to return home.

Rehabilitation Program
In 2003, Crest Haven expanded the Rehabilitation Program and developed a short term care/post acute program to help residents gain strength and independence to enable them to return to their home after a hospitalization. There have been hundreds of successful graduates from this program in the 1st year and we look for it to grow with our completed renovations.

Palliative Care Unit
Another successful and vital project to the community was the opening of the palliative care unit, or end of life/comfort care unit. This unit was appropriately named the Transitional Life Care Center (TLCC). This wing is a separate and distinct 8 bed unit, with its own entrance, a court yard and private rooms that offer comfort and privacy for the resident and their family. This unit, like the new rehabilitation gym, is unlike any other facility offered in Southern New Jersey.

The trained and knowledgeable staff at Crest Haven Nursing and Rehabilitation Center is excited about their accomplishments and look forward toward a future continuing the promise of the Board of Chosen Freeholders since 1821, to care for Cape May County residents and expand to meet the needs of the residents by providing quality care and state-of-the-art services.
Interactive Map
Employment Opportunities
Notify Me™
Emergency Management
Form Center
Facilities & Reservations
Explore Us
Bid Postings