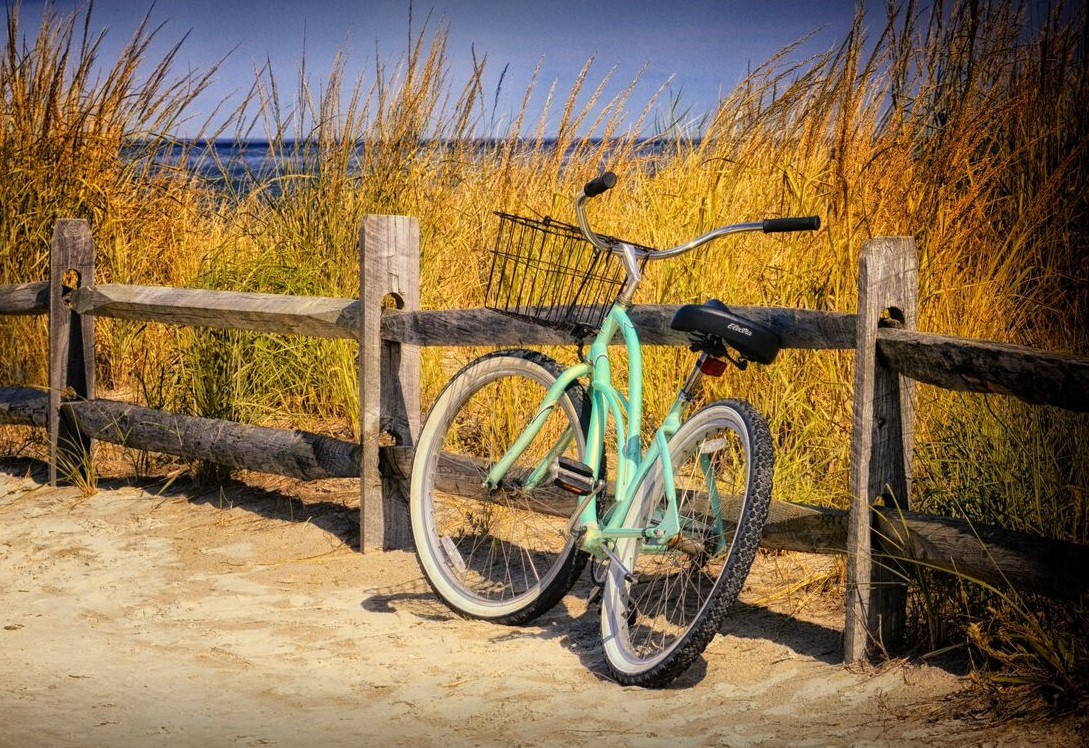 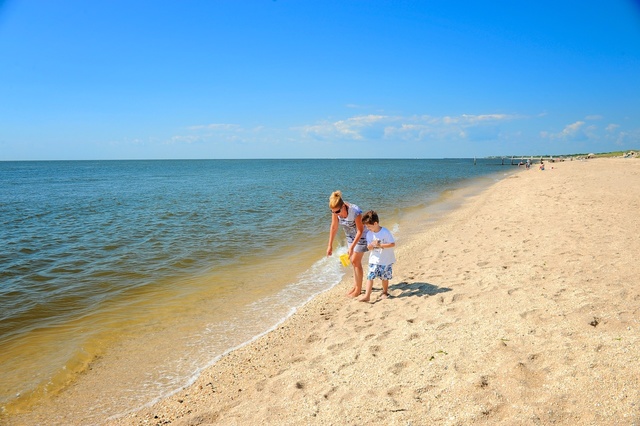 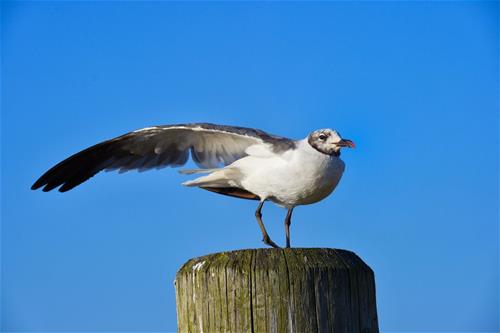 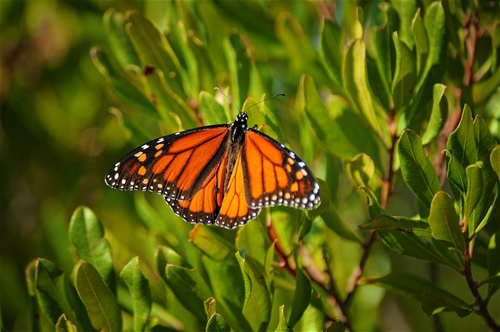 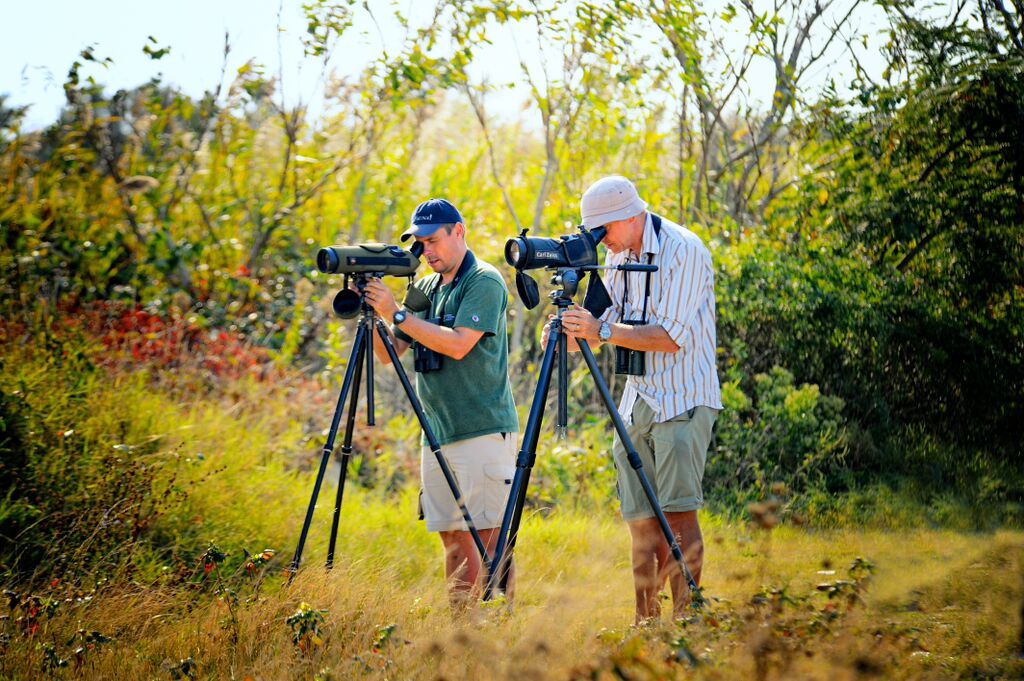 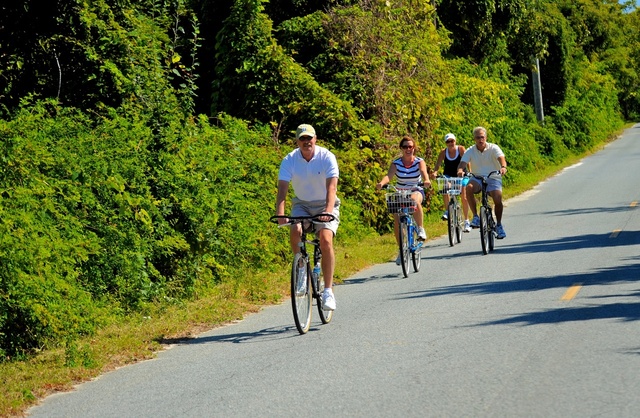 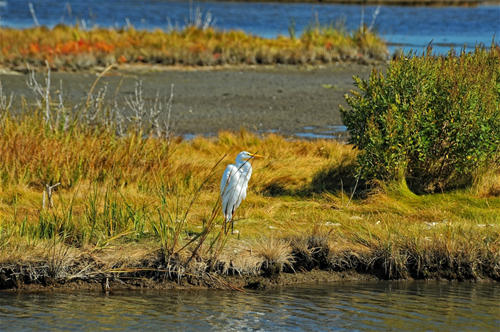 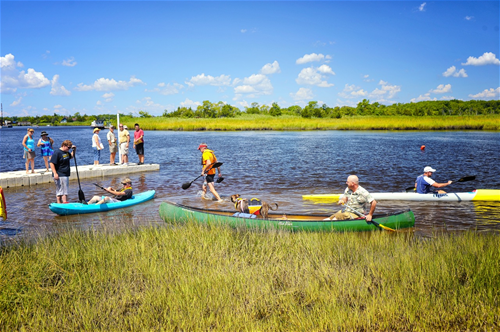 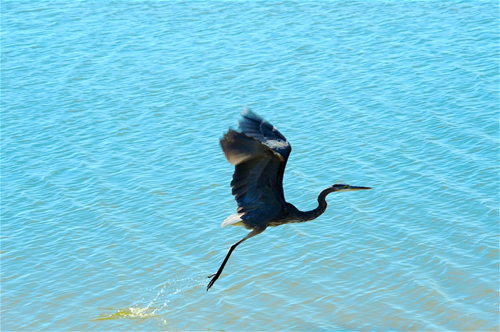 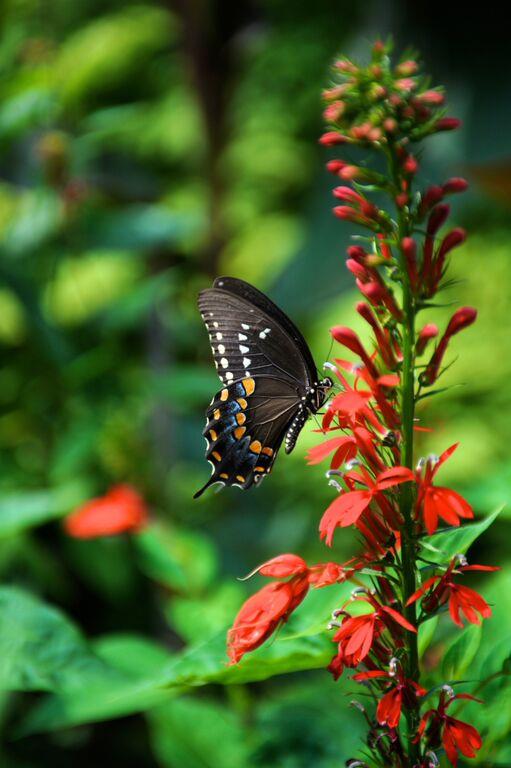 Discover the Natural Beauty of the Jersey Cape...where nature smiles for 30 miles!

View a list of the natural sites on the Jersey Cape. The Jersey Cape's 30 miles of pristine beaches and it's thousands of acres of rich, natural wetlands attract a wide variety of wildlife and feature an unusual blend of flora and fauna.

Bio-diversity abounds on the Jersey Cape. Situated at the southernmost tip of New Jersey, and surrounded by water, the Jersey Cape is a natural stopover for countless migratory birds. The Jersey Cape is considered one of the top 10 birding "hot spots" in the country with more than 400 species of birds spotted.

Over 40 species of saltwater fish are commonly found in the ocean and bay area. During the summer months, warmer waters from the Gulf Stream bring marlin, dolphin and wahoo close to the Jersey Cape coast.

Mild winters and warm summers allow for hundreds of species of annuals, perennials and semi-tropical vegetation to thrive here, including several species of orchids.  Located at the southern most tip of New Jersey, situated between the Atlantic Ocean and the Delaware Bay, the Jersey Cape has the advantage of being cooler during the summer months and warmer temperatures during the winter months.

Birds
Cape May County is known all over the world as a birding mecca. Professional and amateur birders travel to the Jersey Cape throughout the year to add to their life list. Premier birding locations are within a stone's throw of hotels, motels and Bed and Breakfast Inns, offering fine dining, spas, theater, exciting attractions, historic tours and shopping.

The World Series of Birding is held each year in Cape May.  Teams of birders from around the world converge to test their skills at identifying and recording the various species.  The team that identifies the most species in New Jersey within a 24-hour period wins not only the bragging rights but also has an incredible story to tell about birding on the Jersey Cape.  August through October is by far the best time to see the greatest diversity of birds, while raptors, songbirds and shorebirds are found here in the spring. Winter also offers excellent opportunities to see raptors, seabirds and waterfowl.

Fish
Cape May County is literally a world of water, bordered by the Atlantic Ocean to the east, the Delaware Bay to the west, and the Tuckahoe River to the north. Half of the county is covered with wetlands. All of these waters are laden with fish. Saltwater anglers can try their luck for bluefish, striped bass, weakfish and flounder from the beach, in the back bays, or on the ocean. Freshwater ponds and lakes harbor largemouth bass, pickerel, crappie and bluegills.

The Cape May County Department of Tourism hosts the longest running fishing contest on the east coast and possibly the country.  The Annual Cape May County Fishing Contest runs from January 1 through December 31.  The top three fish in each category are awarded a tackle prize.  There is no pre-registration and no entry fee.  Each fish entered is recognized by a certificate and contest pin.  Look for contest information and entry cards at local marina and bait and tackle shops.

Mollusks
Whelks, moon snails, scallops and clams are just a few of the mollusks whose empty shells wash up with the tides. The diligent beachcomber can find the shells of over 40 species of mollusks on Atlantic and Delaware Bay beaches. While shells can be found at any time of year, the first few days after storms can be the most productive times to go beachcombing.

Reptiles & Amphibians
Most reptiles and amphibians are secretive creatures. However, careful observers in the proper habitat will spot many of them in Cape May County. Turtles and frogs can often be found along the edges of ponds, streams and wetlands. Dune areas are home to toads, skunks and fence lizards. In June and early July, female diamondback terrapins can be seen crossing the roads and causeways adjacent to the salt marsh. Give them a "brake" and drive carefully.

For butterflies, look in gardens, old fields and forest edges. The migration of the Monarch butterflies during early October is nothing less than spectacular.  During the migration, which can last a few weeks, thousands of Monarch butterflies roost along the Delaware Bay, feeding on rag weed and milkweed, before they continue their trek south.  Monarch sightings are a sure signal of summer's end. .

Mammals
Except for squirrels and people, most mammals are active at night. At dawn and dusk, the careful observer in the proper habitat should see common mammals like raccoon, deer, rabbit, muskrat, bats, opossums and skunk. Luck observers may spot rarer species like fox, river otter, beaver or weasel. Dolphin are commonly seen close to shore in the summer. Some years, in late summer and early fall, humpback whales may be seen close to shore.

Flora
The native flora of Cape May County is as varied as the habitats found on this tiny peninsula. Situated in what is referred to as the Zone 7 growing area, the county is the northernmost habitat for many plant species such as the tropical bamboo. Acuba, Water Fern and Vinca Major. Coastal and freshwater wetlands, forests, fields and dunes are waiting to be explored by amateur botanists. Scattered bald cypress trees and rare orchids are just a few of the interesting plant species found here. In addition, several formal gardens of all types are located throughout the county.

Activities
Other activities for the nature enthusiast include:
Whatever you choose, please remember to "take only pictures, leave only footprints."
Interactive Map
Employment Opportunities
Notify Me™
Emergency Management
Form Center
Facilities & Reservations
Explore Us
Bid Postings